This database includes in-depth publications of the American Society of International Law and prominent Yearbooks from around the world, including the Hague Permanent Court of International Justice series.

Part I: International Yearbook and Periodicals

This subcollection contains valuable content from Brill Publishers, a leading voice in multiple aspects of international law, including:

In this subcollection, users can browse through multiple-volume U.S. Law Digests, such as the Digest of United States Practice in International Law, updated regularly, which provides the public with a historical record of the views and practice of the Government of the United States in public and international law.

In this subcollection, users can browse through nearly 40 titles of international tribunals and judicial decisions, including:

Browse the A-Z index of more than 800 titles of significant works related to foreign and international law. Users can also find the American Series of Foreign Penal Codes in this subcollection. Titles in this series provide accurate English translations of historic penal codes of foreign countries. Each volume includes an introduction by a knowledgeable scholar in the particular country’s penal system. Countries include Argentina, Colombia,
France, Germany, Israel, Italy, Korea, Norway, Sweden, Turkey, and others. 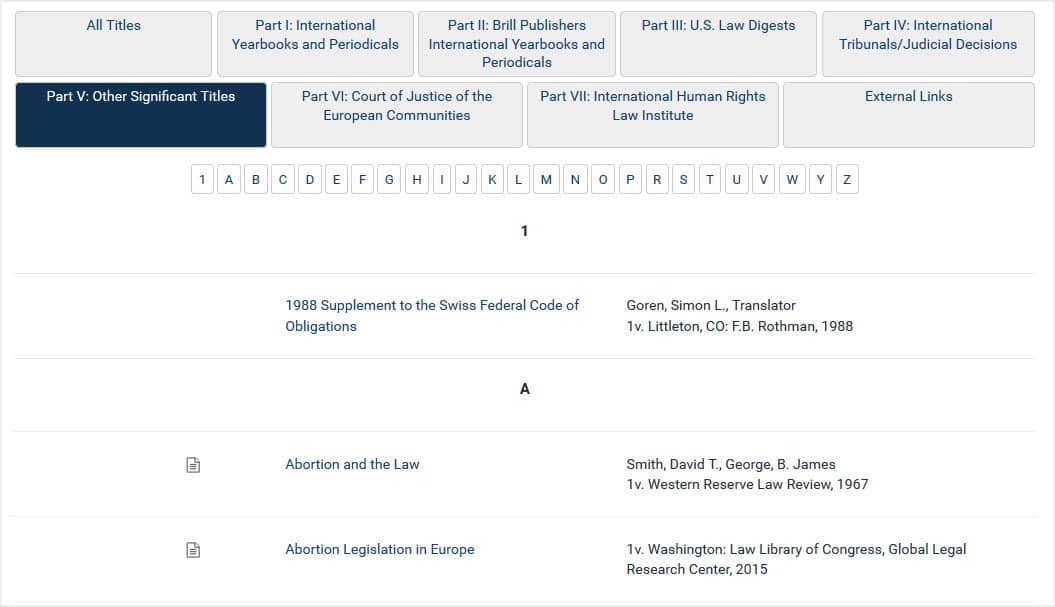 Part VI: Court of Justice of the European Communities

This subcollection contains more than 500,000 pages and 10,000 cases of the Court of Justice of the European Communities, dating back to 1953. This is the most important court in Western Europe. It has decision-making power in all matters involving the existence and operation of the European Communities, and its jurisdiction in such matters extends to all member-countries. The Reports of this court, which began publication in 1954, are considered the official source of its judgments and other decisions.

The International Human Rights Law Institute (IHRLI) is committed to protecting the human rights of all people on a global level and educating future legal professionals about the means and methods of doing so. IHRLI meets this commitment through the implementation of innovative human rights projects around the world and through the offering of a wide range of opportunities to study international human rights law, international criminal law, and international humanitarian law. Featured in this subcollection is M. Cherif Bassiouni, the founding member of the IHRLI. He is often referred to as "the Godfather of International Criminal Law" and known for his expertise in war crimes.

This  HeinOnline subcollection contains nearly 40 titles from this essential organization, including: 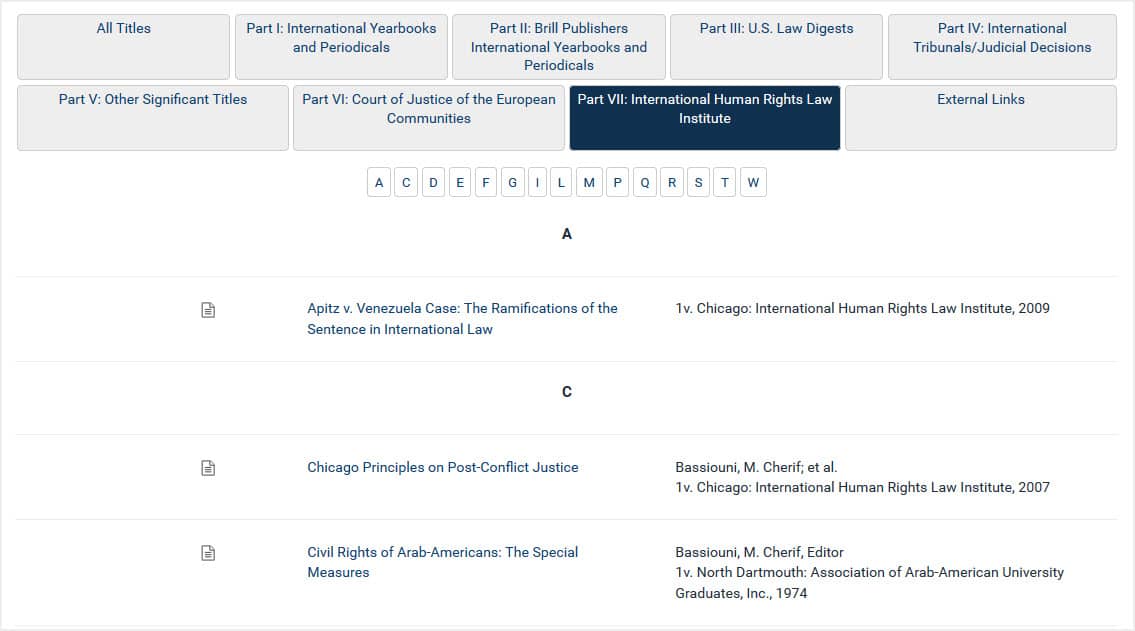