A comprehensive resource for all United States treaties and agreements, whether in force, expired, or not-yet-officially published.

About the U.S. Treaties & Agreements Library

This valuable database includes all treaties and international agreements the U.S. has been a party to from the inception of  the country to present.  Including treaties and agreements with the Indigenous Peoples of the Americas, whether currently in-force, expired, or not-yet officially published. All treaties and agreements are fully indexed and searchable most with the full-text of the agreement available. With more than 1,200 titles and 1.1 million pages, it includes prominent collections such as the United States Treaties and Other International Agreements set (commonly referred to as the “Blue Set”), as well as famous sets from Bevans, Miller, Malloy, and others.

In addition, this database includes hundreds of hearings, books, and texts relating to U.S. treaties as well as numerous treaty guides, indexes, and other treaty publications. 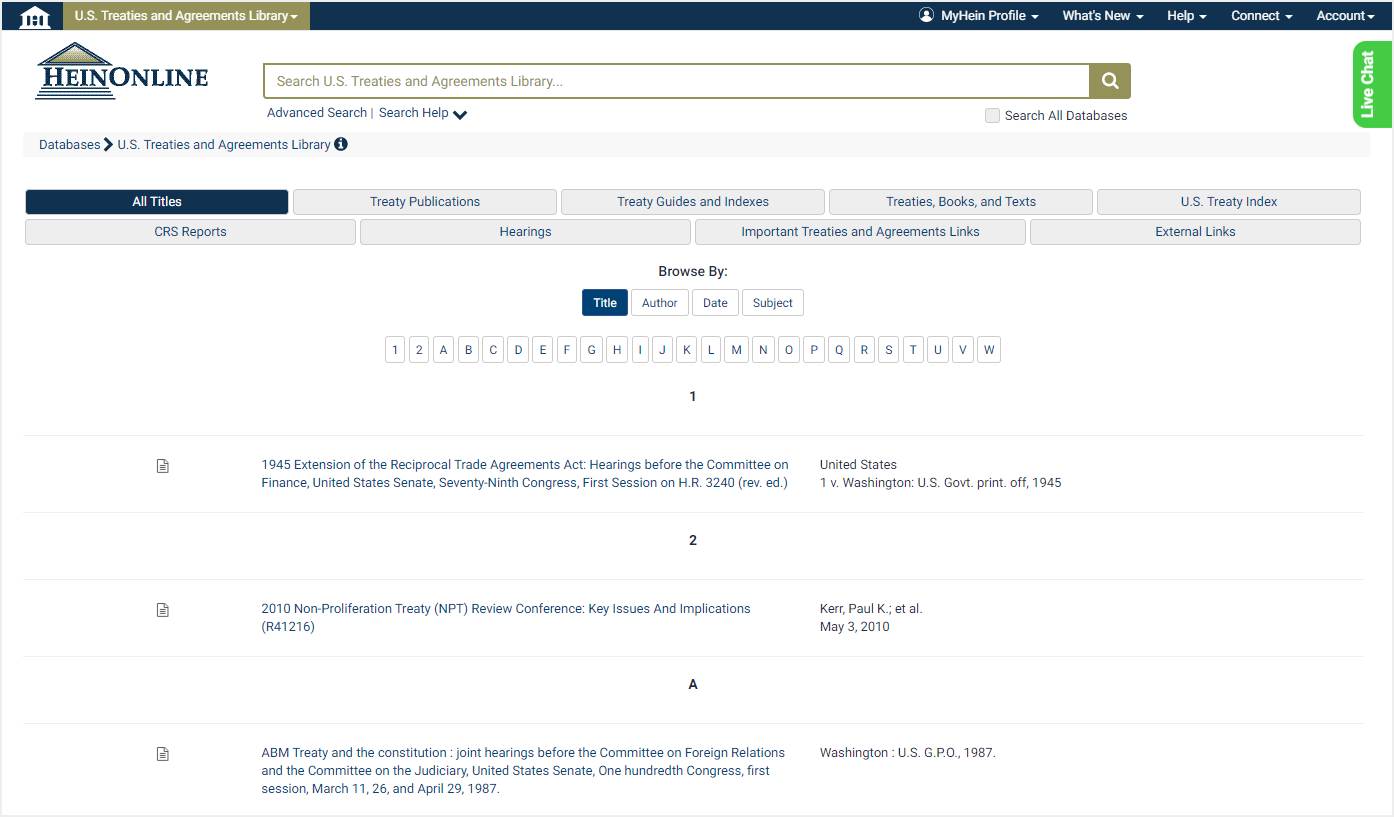