About Tocqueville’s Democracy in America

In 1831, two Frenchmen, Alexis de Tocqueville and Gustave de Beaumont, arrived in New York City with a commission from the French Government to study American prisons and penitentiaries. Under this pretext of official business, the life-long friends spent the next nine months traveling throughout the young United States studying the effects of democracy on American society. When they returned to France, they submitted a report on American penitentiaries as duly charged. Then, in 1835, Tocqueville published the real fruits of their travels, the first volume of his masterwork: De La Démocratie en Amérique or, as it is more commonly known in the English-speaking world, Democracy in America.

Tocqueville, a life-long politician, was interested in comparing democracy in America to what he saw as democracy's failing in France. The America that Tocqueville and Beaumont visited in 1831 was one that was rapidly and radically transforming under the philosophy of Jacksonian democracy. Manifest destiny was physically expanding the country from sea to shining sea. Suffrage had been granted to most white men over the age of 21. Industrialization was moving America from an agrarian to a capitalist society, an irreversible change that sometimes improved but forever altered living standards for the average American while also aggravating sectional tensions between North and South.

Critical and prescient, Democracy in America is both an observation of America and a warning to it, a study of democracy and of the dangers within it, containing the author's first articulation of what we know today as the Tocqueville effect: that as social conditions improve, societal frustrations increase.

An instant success on its publication, Democracy in America is today considered required reading for students of political and social sciences, and all or parts of it have been translated into Chinese, Danish, German, Hungarian, Indonesian, Italian, Russian, Serbian, Spanish, and Swedish.

About HeinOnline’s Democracy in America 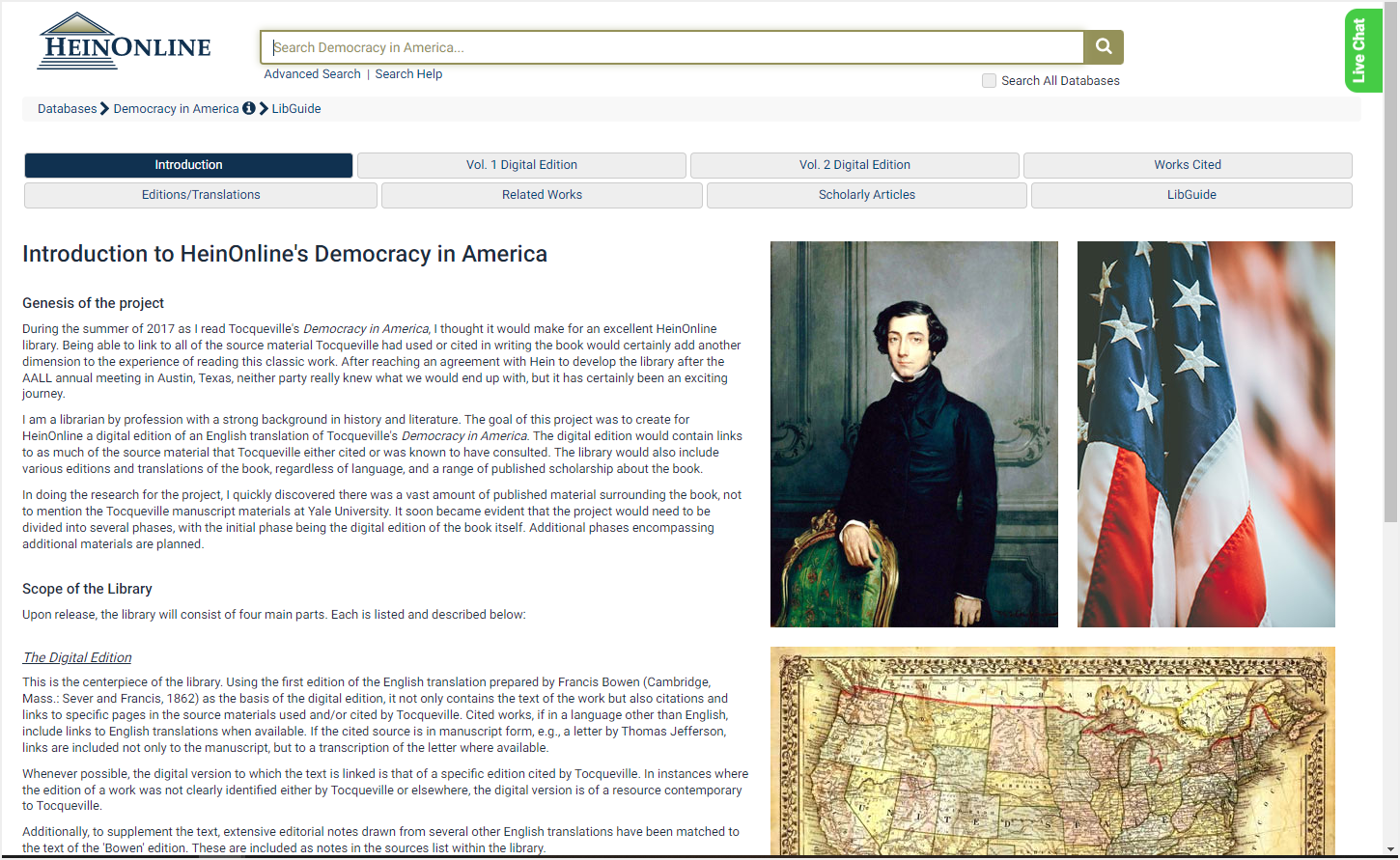