LGBTQ+ Rights charts the gay rights movement in America, showing the civil rights codified into law in the 20th and 21st centuries, as well as the inequalities that still exist today.

In 1625, in the Colony of Virginia, Richard Cornish, master of the merchant ship Ambrose, was executed for allegedly raping William Couse, an indentured servant aboard his vessel. While the exact date of Cornish's execution has been lost to history, he was likely convicted by the Virginia governor's Council and executed on the same day. A year after Cornish was put to death, the maritime community began to assert that Cornish had been wrongly executed, with Richard's brother, Jeffrey, championing his innocence. The response of Virginia's Council of State was brutal; for daring to criticize the governor, Edward Nevell and Thomas Hatch, who had spoken out on Cornish's behalf, were whipped, had their ears cut off, and were pressed into servitude.

Historians today debate Richard Cornish's guilt and the specifics of any crimes he may have committed; whether he was a rapist or had been persecuted for a consensual relationship, or if rumors had conspired to kill an innocent man. Moral judgments aside, Cornish was potentially the first person executed in North America for sodomy.

The definition of sodomy has undergone numerous changes throughout the centuries. In a legal sense, it has also encompassed bestiality, oral sex, and any other non-procreative sexual activity, whether between same-sex or opposite-sex partners, consensual or not. It has long been taboo and criminalized in the Western world. Sodomy between consenting adults remained illegal in the United States until 2003, when the U.S. Supreme Court invalidated all remaining sodomy laws with its decision in Lawrence v. Texas, 378 years after Richard Cornish's execution.

LGBTQ people have lived, loved, and thrived since humans first evolved. They have also been harassed, persecuted, and ostracized for living their lives on their own terms and for expressing themselves authentically. As the newest addition to HeinOnline's Social Justice Suite, LGBTQ+ Rights is dedicated to charting the gay rights movement in America, showing the civil rights codified into law in the 20th and 21st centuries, as well as the inequalities that still exist today. Titles in this collection are grouped into subcollections focused on specific areas of society, examining issues from same-sex marriage to employment discrimination, military service, and more.

A unique interactive piece within this collection is the Timeline charting the American gay rights movement from 1950 up to present day. Pulling in documents from HeinOnline, photographs from the Library of Congress, and YouTube videos, this timeline allows users to both visualize the progression of the gay rights movement as well as how HeinOnline documents connect to this overall historical narrative.

In 1993, the Richard Cornish Endowment Fund was established as a source of funding to acquire gay and lesbian resources for the Earl Gregg Swan Library at the College of William & Mary. Commonly known as the Cornish Fund, it is one of the largest gay and lesbian-centered endowment funds for any academic institution in the United States. 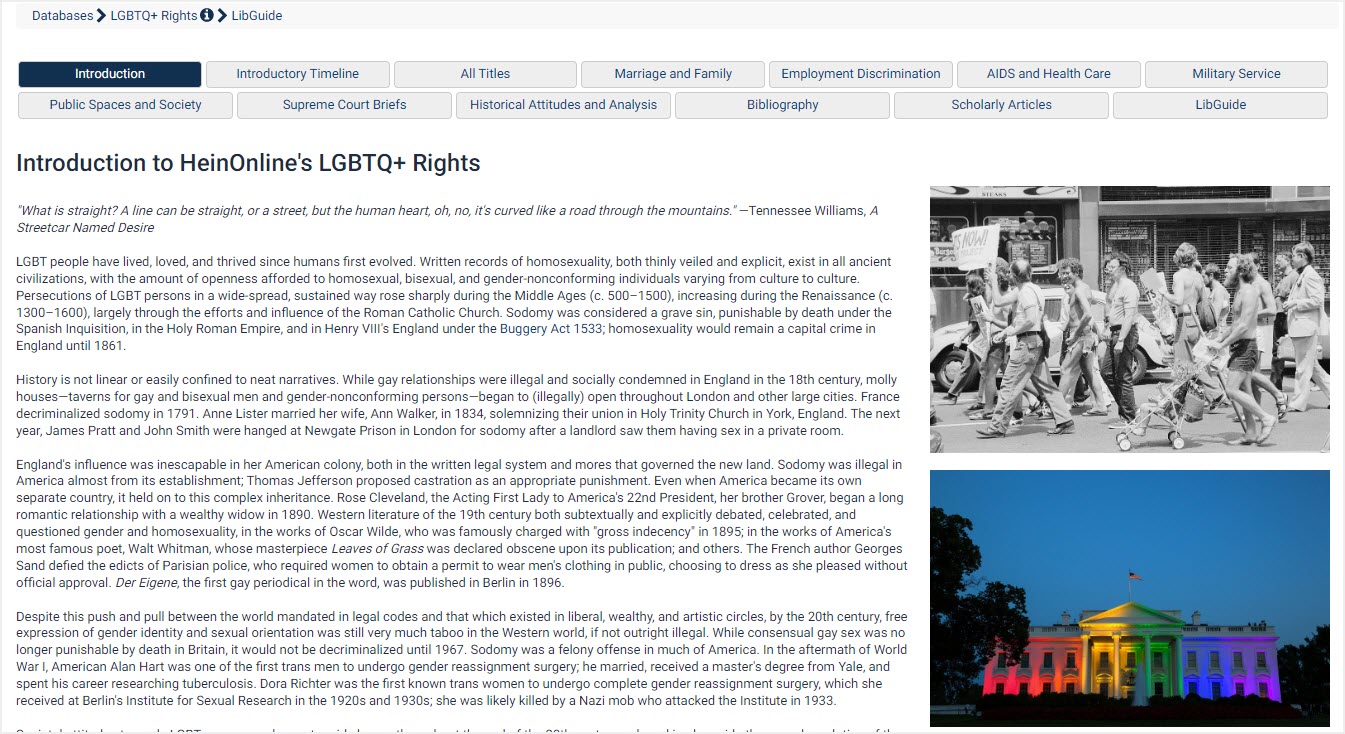 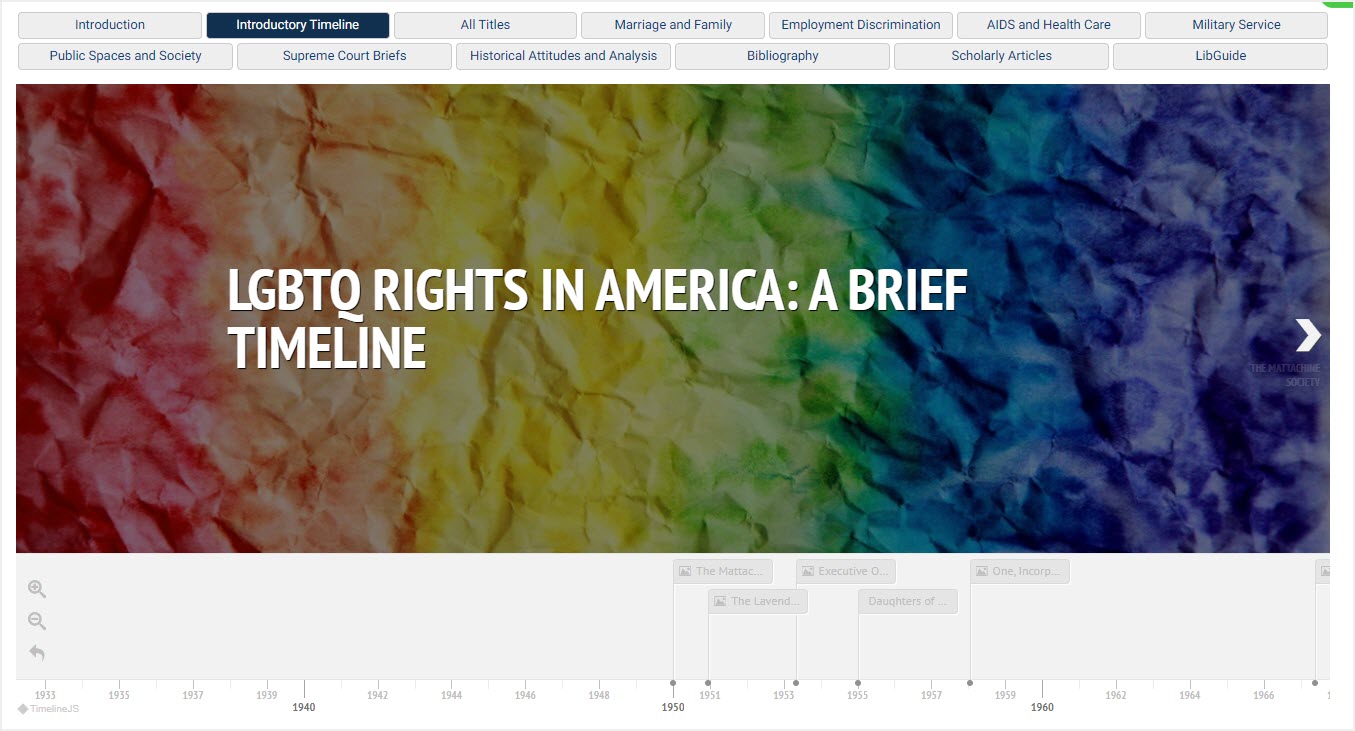 Free of charge to HeinOnline Core subscribers and any interested organizations.

To honor our core value of corporate citizenship, Hein offers five of its databases free of charge to its core American and international subscribers, and to the libraries of any other interested organizations or institutions. This Social Justice Suite consists of the following resources:

Registering for free access to any one of these databases will provide complimentary access to the entire suite. We hope that in making these materials accessible to all, we can help foster knowledge, facilitate civil discourse, and encourage action for the betterment of our nation.